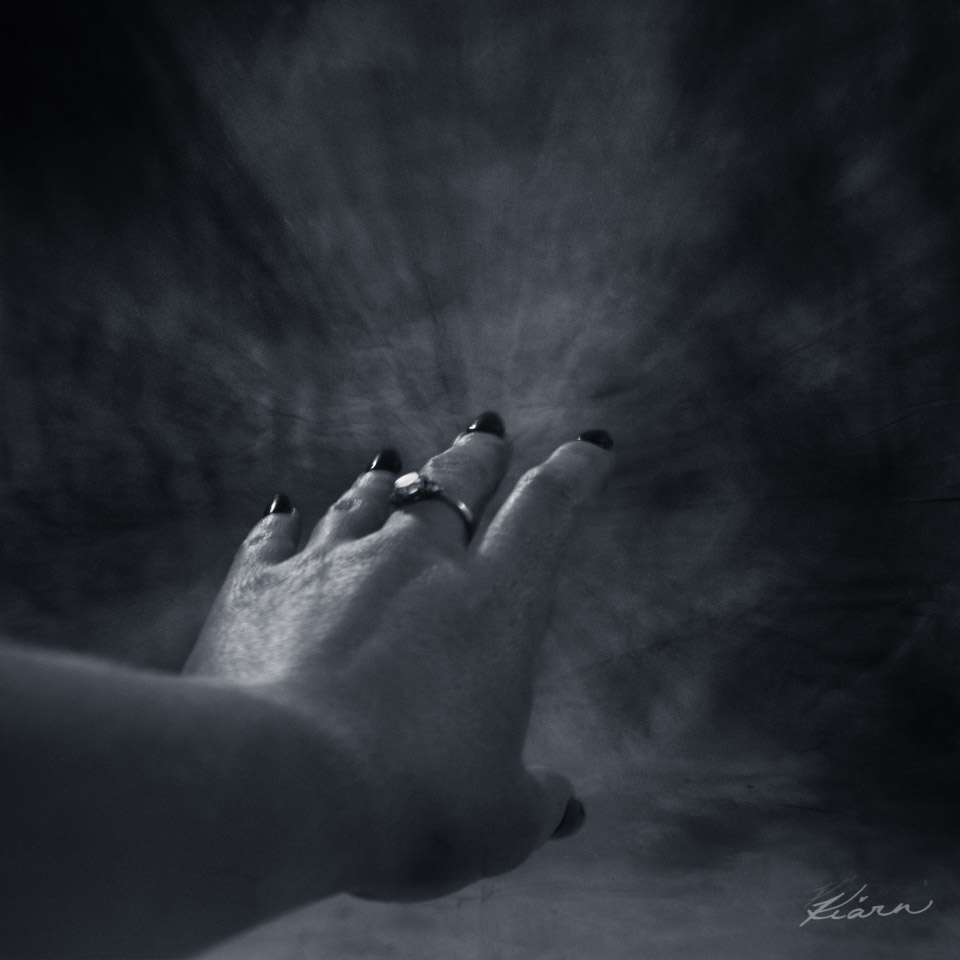 So numb, millions of conflicting emotions sardined into a very small space of my mind. Some crouched in the corner, Others standing front and centre yelling for attention, some whispering sadistically… You have all of your senses. You can still hear, speak, feel. But the numbness means none of it really registers, as if you’re on a carnival ride dulled out by Valium. Things seem to move fast while you maintain speed, or everything stops and goes super slow, like the slow motion they use in dramatic parts of movies. But this isn’t a movie. Life, isn’t a movie. This is the place I call the twilight zone.

I have become rather accustomed to the twilight zone. I’ve grown to know it, what causes it, how to deal with it, and where it can lead if not dealt with carefully. I have learned that the Twilight zone is our body and minds response to dealing with too much for too long. Like an overloaded computer will blue screen or shut down and restart fresh, the twilight zone is our body’s attempt to heal and refresh. It has taken many years to understand the Twilight zone, to know it is not as scary as it feels, it is dark but not without and end. It is a temporary healing process we need to be aware of and not allow to control our actions.

I was hit twice at the beginning of the year with immense upheaval, loss, grief… Those two occurrences lead to attempting to take my own life. I had nothing left to lose. I’d lost it all. And it was all put on my shoulders, the entire blame of every single happening in my life was sat in my weak hands by those I loved or had once loved, while everyone walked away or those who had been pushed away knew nothing of what was going on in my world. How I am alive is unknown to many, including my treating medical team. I was in a coma for 2 days after not being found for over 24 hours… a 24 hour period in which I was sighted and walked away from. The doctor told my Father to start considering making arrangements… For some reason I woke up. I have sustained minor brain damage that is no more than a mere annoyance here and there. This too is a blessing.

A few weeks later and some I love shower me with guilt, blame, and I was still in no position to not carry these falsehoods, cope, deal, minimise, put in place mechanisms…. And I tried again, this time asking to be allowed to go. Do not save me. The twilight zone was firmly in place and it had one purpose, to dull the senses of logic and reasoning, because my mind was so full that my brain switched everything off to try to heal. I was already convinced I was beyond healing.

I have made an immense recovery. What was once a default response to the twilight zone has gone. I have high pain and I don’t want it to just be over, for me to be over. I have the greatest losses of all, immense stresses, insane rumours, and a freeking huge mountain of life to climb. I have moments of worry that I can’t do this, but they don’t lead to I won’t do this. And I have the twilight zone. When everything is too much, it overtakes me and puts me into recovery mode, the numb place of the Twilight zone. That’s what I now know it as. The beautiful allowance of my body and mind to heal itself. I don’t need to come up with the answering action for it. I don’t need to be scared of it. I don’t need to try and end it. I need to ride it. Because I have now found, that this is the most beautiful place to be in, one of recovery and healing and returning to the strong person we can be to face every single trauma or stress of life with the knowledge there is always the other side to come out of and more life to be lived no matter how difficult it may be.

Life is fucking hard. But so are we as humans. We are tough. So damn tough that we can be broken by some of the most horrendous things and still go on. We can be so shrouded by the darkness of sadness, loss, grief, depression, anxiety… and yet we know that light exists even if we cannot see it. Gone is the time of not speaking of these fundamental issues so many of us deal with. We need to know that we are not alone. That some of the hardest darkest times have been survived by those around us, and that they too once felt they wouldn’t and shouldn’t survive.

So here I am. Still here. Sharing the worst of the worst things I have been through. Talking of the hard times. Sharing the things people don’t want to hear. Telling the sad stories. Having them used against me but continuing on anyway. Because if just one person now knows they are not alone. That they too can move through a twilight zone and have it be a good positive healing moment instead of a soul destroying one. If just one person keeps breathing because of my words I will shout them from the roof tops. I will shout until I am blue in the face.

WE ARE NOT ALONE. I AM NOT ALONE. YOU ARE NOT ALONE.  Reach through your twilight zone, knowing the other side is not far away. And speak. Force yourself if you have to. I force myself despite the ongoing feelings that I am a burden, or that no one will understand, that it has got to be too much for anyone else to deal with…. It’s bloody hard, but worth it. I promise, from someone who’s visited the other side. It’s much nicer on this side, even on a bad day.